Living here in Los Angeles. I've been in the industry for just about 10 years now. Grew up in Salt Lake City, UT and graduated with my Bachelor of Fine Arts Degree in Acting in 2016. Was recently seen on HBOMax's The Sex Lives of College Girls (booked directly from a tape, I should add), SXSW Indie The Prank and Power Rangers prior to that. In April, I launched Resemble Assembly and it's been a beautiful part of my journey ever since.

If Beacon is Off - DM me @colbyjamesstrong on Instagram

Looking for awesome artists to create beautiful self tapes with and excited to work together.

Colby Strong, recently seen as Cory in Mindy Kaling’s College Age Comedy, The Sex Lives of College Girls on HBOMax, has been in the film industry for over 10 years. Growing up in Salt Lake City, UT, Colby signed with the largest agency in the state at only 17. Since then, Colby has been seen on Netflix’s Diedra & Laney Rob a Train, which premiered at Sundance Film Festival in 2017, Disney Channel’s Andi Mack, and multiple nationwide commercials. After graduating from Westminster College in 2016 with his Bachelor of Fine Arts degree in Acting, Colby moved to Los Angeles to begin a career he always dreamed of. 10 months after moving, Colby booked a series regular on Hasbro’s Power Rangers Beast Morphers on Nickelodeon as Blaze. After moving to New Zealand for a year and filming 44 episodes, Colby has been on the up and rising of young Hollywood actors. Aside from The Sex Lives of College Girls, which has been picked up for a season 2 and was the highest viewed comedy on HBOMax in 2021, Colby also was featured as a supporting role in the independent film “The Prank” starring Rita Moreno releasing in 2022. In 2022, Colby launched Resemble Assembly, An Online Actor's Educational Platform focused around Mindfulness and Credible Business Strategy. You can find more about it at www.ResembleAssembly.com - Colby is an advocate for mental and physical health. Follow Colby on instagram @colbyjamesstrong & @resembleassembly 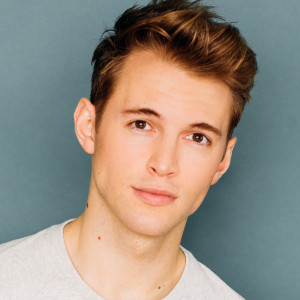 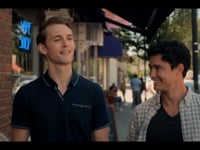 Wonderful reader and his notes are super helpful! "
"

Fantastic as always !!! really helped me flesh out a meaty character and so appreciated the knowledge and insight to collab with on ! A+ and a real pro yall "
"

Colby helped with my audition, he is really nice and he gets into character, he is a good actor. Thanks Colby! "
"

Colby is an AMAZING reader who gives such wonderful insights. Definitely will be a fave for me! Thank you! "
"

Colby was amazing! He was so positive and had great energy. Will definitely by reading with him again soon! "
"

Amazing reader to work off of, loved working with Colby! "
"