Hello! I'm Claire Tyers, a New York based Actor with an MFA in Acting from The New School For Drama and a recurring role on TV series SEARCH PARTY on HBO MAX. I am a Shakespeare Coach,
Teacher and Actor! I have created and performed three One-Woman adaptations of Shakespeare plays, playing up 8 characters in one show, for Festivals and Theaters in NYC. Upon request from other teachers in NYC including Casting Director of Playwrights Horizons, Alaine Alldaffer, and Actor/Teacher Emilee Dupre of Broadway Theatre Project, I began teaching Shakespeare! Shakespeare Credits include Rosalind, Ophelia, Puck, Viola with Stage & Lion Co, Desdemona and Katerina with MATCH:LIT, and Hermia with WHAT in Cape Cod. I am a storyteller! What is the story?--this is where I begin my work. I am eager to work with anyone looking to dig out the STORY and connect to their CHARACTER! Acting is personal and absolutely all about using your imagination. And these two factors are a huge focus in the work that I do--how personal can you get and how free can you be with your imagination? These are both vulnerable places to play, but they also the most important because somewhere between YOU and your IMAGINATION is the CHARACTER and therefore the STORY. And storytelling is freaking fun! On this site working with me is free!

Claire Tyers is a New York based Actor with an MFA in Acting from The New School For Drama and a recurring role TV series SEARCH PARTY on HBO/max. She has created and performed three Solo Shakespeare plays--one woman adaptations of Shakespeare--SHREW (The Taming of the Shrew) in the United Solo Festivals, O HAPPY DAGGER (Romeo & Juliet) in the New York New Works Festival, and ERROR (Comedy of Errors) at Theatre Lab, NYC. She has been teaching Shakespeare upon request from other teachers and Coaching Shakespeare between creating her own work and working with Shakespeare company Stag & Lion. 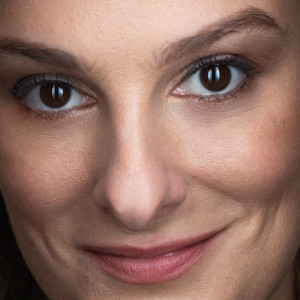