Hi,
I'm a professional theatre-and-film actor from France. I trained at the Royal Conservatoire of Scotland and I now work in London.

I can help you:
- analyze scenes to find beats and gear shifts in your character's journey: before becoming an actor, I was an anthropologist so I can also bring that set of discourse-analysis skills to the table if necessary.
- record or rehearse a self tape: I do my best to give you just enough to bounce off of and shine in your performance, without deviating from the text at all or trying to bring my own acting/character to the forefront. It's your audition tape/rehearsal.
- work on one of your own pieces that you may be currently crafting. I'm also a writer, and a professional botanist.

I can do American and French accents, I talk slowly and I can speak English as well as French (my native language). My friends and colleagues describe as patient, focused and supportive.

I trained at the Royal Conservatoire in Glasgow, and at the Cours Clément in Paris. I can act in English and French.
I signed my first contract with a professional theatre company, South Devon Players Theatre and Film Company, to play in their production of Henry V (upcoming, Bristol Shakespeare Festival, 2021).
I played in Count Almaviva in "Le Mariage de Figaro" in Paris (2020), the Big Bad Wolf in Little Red Riding Hood (2019), and I also acted in a short-movie, "France Contrôle".
I moved to the UK to pursue a career in acting. I read the Complete Works of William Shakespeare and Christopher Marlowe (in English), and am now reading Molière's in French.
I hold a degree in Ethnobotany from the University of Lille, and a Master's Degree in Anthropology from the School for Advanced Research in Social Sciences.
I've been living on and off the Navajo Indian Reservation in Arizona for the past eleven years. I was adopted by an elder there, and I'm learning the Diné language.
Before becoming an actor, I taught foraging and wild edible plant cooking. I also write poetry (in iambic pentameters mostly).
Yes, my life is strange, but then what can you do... 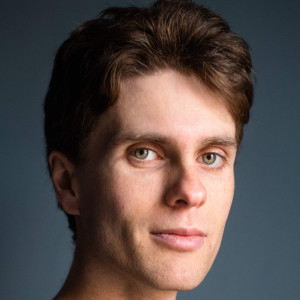