I am Christina Sotiriou and Iwas born in Athens in 1991. I studied at the Department of Economics in Athens in 2008 until 2012 and then then I graduated from the Drama School "Arhi" in 2014. I speak Greek, English, Spanish and Persian and my favorite hobby is dancing. I am currently filming SALMAN FARSI (since 2020) playing the lead role of PELAGIA which is due for release in 2024 and I am currently due to start fimling new feature film Hotel Amorgos as the leading role Anna produced and directed by Daniel Aranda.

I am currently in the midst of filming one of Iran’s biggest productions of all time SALMAN FARSI as the lead role PELAGIA with award winning Iranian Director DAVOOD MIRBAGHERI. I am due to fly to Iran to film the next block within this show.

I am a Greek actress currently based in Athens but with a London base. I speak Greek, English, Spanish, Persian and have an EU passport.

Prior to filming SALMAN FARSI I played the recurring role of IRENE in the seventh season of EL SENOR DE LOS CIELOS which is currently streaming on NETFLIX.

Alongside this, I am currently due to start filming NEW FEATURE HOTEL AMORGOS as the leading role ANNA produced and directed by DANIEL ARANDA. 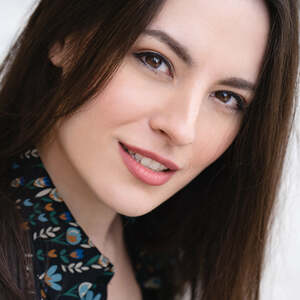