Heya! My name is Christian, I'm a 2013 Acting graduate of the National Institute of Dramatic Arts (NIDA) in Australia. Since being "institutionalised" I've worked regularly as a professional actor on stage, screen, as a voice artist and I run my own production company.

I have worked for years as a reader for many of Australia's major casting offices such as Anousha Zarkesh, McGregor Casting, Mullinars, Faith Martin and Barret Casting - so trust me when I say: "Our time together is money well spent"

I'm versatile, great at cold reading, interpretation, and having worked with some of the best coaches in the world I have the capacity to offer you some solid advice if you're after it.

Lets have some fun and get you the job!

Christian is a 2013 NIDA acting graduate.

Since completing his studies, Christian has sustained an impressively diverse presence in the professional theatre scene. Appearing as Jamie Wellerstein in Ensemble Theatre's 'The Last Five Years', the title character of Hayes Theatre Co. and LPD's acclaimed productions of 'Cry Baby', Squabbalogic's premier 'The Dismissal', Griffin Theatre Company's one-man tour of 'The Witches', Good Grandson Production's 'Gruesome Playground Injuries' and most recently back at the Hayes Theatre in Neil Gooding Production's 'The Life of Us'.

His screen credits include Rake (ABC), Ready for This (ABC), Neighbours (Ten) as well as an extensive list of award winning independent short and feature films.

Christian is also an established voice artist and the artistic director & founder of Good Grandson Productions. 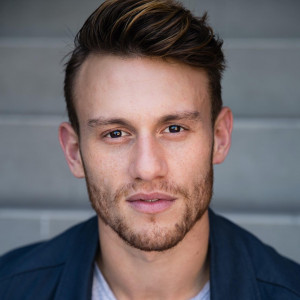