I'm a Nigerian American actor, comedian and writer born currently living in Los Angeles. I've been acting and performing stand up comedy for ten years now and love practicing the craft. If there's anyway I can help just let me know. I've studied at many acting studios in Los Angeles and at every level of UCB.

When supporting I enjoy looking at the scene in multiple ways: how to figure out what your character wants, the other characters purpose, the purpose of the scene in moving the story forward and potential physical aspects that can make the words come to life.

Chinedu Unaka is a comedian, actor, and writer based in Los Angeles, California. Most recently, Chinedu was a featured stand up guest on the Arsenio Hall Late Night Show apart of the Netflix is Joke Comedy Festival. He will be starring as 'Sly' in the Upcoming House Party movie reboot produced by Lebron James and Directed by Calmatic. Chinedu's can be seen as a series regular every Wednesday on FUSE TV's 'We Need To Talk About America.' His hour long comedy album "Mostly Kidding" debuted at #1 on iTunes and was taped in front of a sold out crowd at Caroline's in New York Executive Produced by himself and Comedy Dynamics. Chinedu was also featured in projects on HBO (Insecure), SHOWTIME (It's A Party), FOX (The Mindy Project), HULU (Coming to the Stage) Two Minutes of Fame (HULU) and Shithouse (IFC Films). Chinedu is currently serving as the Executive Producer, Show-runner and Head Writer for Yvonne Orji's Untitled Stand Up Special for HBO and previously served as Executive Consultant on Orji's first HBO Comedy Special "Mama I Made It" that was nominated for an Emmy.
Chinedu is the Co-Host, Co-Executive Producer and Co-Head Writer of the Spotify Original Podcast 'Nosy Neighbors,' that was nominated for Best Comedy Podcast at The Ambies. Chinedu was recently chosen as 'A Comic to Watch' by Timeout LA and was an NBC Stand Up for Diversity Finalist. Chinedu's other Credits include: 'Are you Listening?' (Netflix), We Need to Talk About America (Fuse TV), My Mom, Your Dad (HBO - Producer), Just for Laughs TV Taping (Kevin Hart's LOL Network), Inside Jokes (Amazon), Stand Up and Deliver (Fuse TV), Big Chop (HBO Shorts), American Black Film Festival and All Def Digital. As a touring comedian Chinedu is a crowd favorite, headlining comedy clubs and colleges globally. 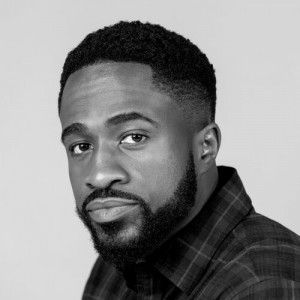