Hello! As a writer/director and actress, I've had lots of experience directing/coaching actors. You'll never get a boring read from me. I'll help you get a variety of reactions the casting director wants to see in your audition to showcase your range. I'm a Texan-New-Yorker, which means I'm warm and friendly but mean business. I look forward to being your reader!
¡Hablo Español también!

Charlie is a multi-dimensional performer with a background in classical Vaganova ballet, Argentine tango, contemporary ballet, flamenco and jazz. Her movement training and years spent dancing with several companies laid the foundation for her ability to become a stunt actress during her years spent as a filmmaker in Austin, Texas. Charlie moved to Los Angeles to train with working stunt coordinators and fight trainers such as Pete Antico, Lane Levitt, Spike Silver, Freddie Roach, David Clark, and Aaron Alexander. From LA she made a move to New York City. Charlie splits her time between NYC and Austin.
​
As a classically trained actor in various methods, Charlie has been able to adapt to the modern methods of several successful coaches she's trained with: Susan Batson (NYC), Terry Kiser (Austin), and Jeffrey Marcus (LA), to name a few.
​
Charlie is also an independent writer/director. Her short film With Hers gained her an award of prestige and an award of excellence as "Best 1st Time Director" and "Best Female Filmmaker" at the Vegas Movie Awards in October 2020. Her script FIRE ANT was a second rounder in Launchpad Feature Screenplay Competition in 2021.

As a costume designer with eight years of experience, Charlie works as a mentor to aspiring designers/costumers and occasionally designs for independent films within her NYC film community. 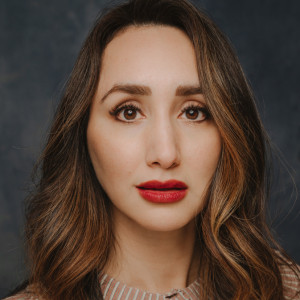 What an impressive human! She acts, writes, produces...use her! "
"

Charlie is an incredible reader! Patience, insight, dynamicism, and keen observation are just a few of the amazing toolss she utilizes in a session. I highly recommend! "
"

Charlie is a joy to work with. I highly recommend her. She has great energy and insight! "
"

Incredible reader!!! She brings you even more into character. Has ideas that help draw out the much needed emotion for delivery of the dialogue. She shows so much passion and enthusiasm with reading that inspires and motivates you to elevate your craft! Words can not express how appreciative I am of you. You are a blessing to work with!! Thank you for everything! "
"

Makes you feel comfortable, sensational reader, came in with so much passion and enthusiasm. Gave incredible notes to elevate the scene!!! "
"

Such a lovely present actress. Very thankful for her ease with dialogue and presence. "