I am a trained and working actress, writer and director. I have worked with many acting coaches, mentors, and on sets around the world and am excited for the opportunity to assist my fellow artists on there journey and with their success.

Chanika De silva is an Australian actor, writer and director.

Born in Colombo, Sri Lanka, Chanika immigrated to Western Sydney during Sri Lanka’s civil war. Chanika has studied and worked in London, LA and Vancouver before returning to Australia. Chanika has a Bachelor of Performance, Music and Theatre, Graduate Diploma in Education and is a part of the NSW Writer’s Association.

It is Chanika’s time spent abroad living in four continents in fewer decades and travelling to over Forty countries, that make her the artist she is today; a person deeply interested in people of all persuasions, their stories and making people laugh out loud.

Chanika made her little screen comedy debut under the watchful eye of Aussie Comedy Legend, Matt Okine; The Other Guy (STAN, 2017), The Chaser’s ABC Comedy Skit show, The Checkout (ABC, 2018), Hyde and Seek (Ch9, 2016), The Reckoning (US 2020), Unlisted (ABC 2020), Reef Break (ABC 2019), Five Bedrooms (Ten Network, 2019). Chanika developed her own self-penned web-series, BS Detector (2014) during her time in LA delving into a world where a BS Detector will catch you out on all the little white lies’ we tell one another. Chanika is also an accomplished voice artist, children’s entertainer and writer. Her many film and television credits can be found on IMDB. 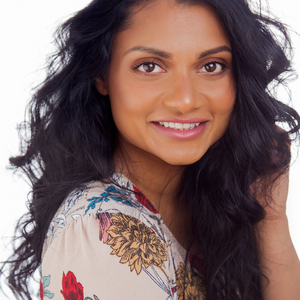