Chandler Rylko was born on August 6, 1982 in Hoffman Estates, Illinois, USA. He is an actor, known for Flesh, The Toy Soldiers (2014) and Chasing Nightmares.

Originally from Chicago, Chandler Rylko moved to Los Angeles to pursue a career in film and television. He was first cast in several well-received short films, including the award-winning drama 'Savanna' directed by Vincent Grashaw.Chandler’s ability to carry a feature length movie was later showcased in the romantic comedy 'Cupid's Arrow,' with Najarra Townsend and C Thomas Howell.

In 'The Toy Soldiers' Chandler plays one of the lead characters, Elliot Harris, a teen drug abuser who clashes with his family and the world collapsing around him while he and his peers struggle to hold onto their innocence. It released in AMC Theatres nationwide and is available to stream.

Chandler can also be found acting in television episodics like FOX's 'Rosewood,' where he plays 80's cult leader John Teller, a dark yet charming antagonist.

Chandler has a complex role in the upcoming feature thriller, 'Chasing Nightmares,' starring Anne Heche and Graham McTavish. He most recently wrapped filming on ‘Flesh’ the horror feature in where he stars opposite Danielle Harris of ‘Halloween’ fame. As the romantic lead, Chandler plays the good guy from the city looking for a new start in a small town but regrets his decision after meeting some interesting locals. Chandler enjoyed doing some of his own stunts and working with the special effects team on this project.

In addition to acting, Chandler is a professional model for a long list of brands including American Apparel, Blood is the New Black, Chaser, K Swiss and magazines like Stuff.

Chandler looks forward to what the future holds. He always seeks out projects that continue to inspire him as an actor and help him grow as a human being. When he isn't working, Chandler enjoys traveling, cinema, and is an avid vintage 'Star Wars' toy collector. He currently resides in Silverlake, Los Angeles. 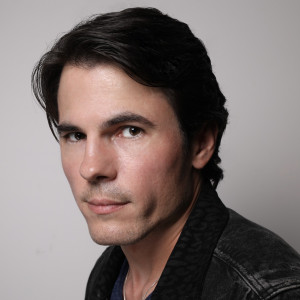 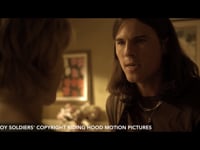