I would love to meet you where you need assistance with the material, and adapt to what will best serve your work. I am great at identifying problem areas and giving simple adjustments to help you to connect to your impulses, help to integrate the given circumstances into the self tape (which makes your work stand out a mile!), helping you to make smart and informed choices with the material, and helping you to find presence within the work.

I teach classes in the Method and Classical Techniques, including Basic Technique, Sensory Work, Scene Study, Voice (Linklater), Classical Technique, Shakespeare, Monologue/Audition Prep, Acting to Camera, and more. I work both one on one with private clients and in larger classroom settings, as well as presenting Lectures and Seminars at Universities and schools.

Feel free to email me at caseyemmabradley@gmail.com to set up a time for coaching or reading.

I am an Australian born Actor, working internationally between New York and Australia. I received my MFA Acting in New York from the Actors Studio Drama School, where I studied under renowned coaches Elizabeth Kemp, Susan Aston, and Jacqueline Knapp and attended televised masterclasses seen on Inside the Actors Studio featuring guests such as Jessica Chastain, Viola Davis, Bryan Cranston, Jeff Daniels, Steve Carell and many others.

I am also proud to have recently been granted Working Finalist status at The Actors Studio in New York.

In Australia, I was mentored by Colette Mann, and performed with the Australian Shakespeare Company in productions of A Midsummer Nights Dream, Romeo and Juliet, and As You Like It. I debuted on television on the popular Network 10 TV Show Skithouse (Network 10/Roving Enterprises), and featured in the iconic ‘Rocky’ commercial for Toyota.

I also hold a Bachelor of Arts from the The University of Melbourne, and a Gold Certification in Shakespeare from the Royal Academy of Dramatic Arts (RADA). 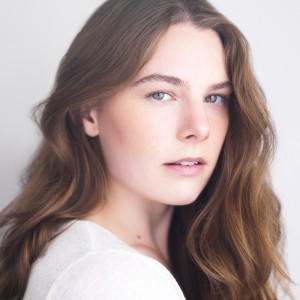