I am an 80+ woman living in New Mexico (can play from 65+). Proficient with accents.
I would love to work with you as a reader for self-tapes, class scenes, etc.
Recently, I have done several Zoom play readings (e.g., If you'd like to see me play a Jewish mother, watch All About Steve at this link: https://youtu.be/Qjw-OZJTUJQ).
For more info, full resume, videos, and more: www.carolynwickwire@att.net.

After a career in medical administration, Carolyn began working professionally as an actor in 1988, first mainly in commercials and industrials. Her first film role was as Hal Holbrook's wife in Tim Blake Nelson's Eye of God (1997). After the death of her husband, in 2000, she began concentrating on stage roles, building a successful theater career in Dallas, TX. She has continued to work in film and TV, with a recurring role as Bellick's Mom in Prison Break and appearances in Better Call Saul, Longmire and The Inspectors. She has co-produced a touring stage production of Lucinda McDermott's O'Keeffe!, starring as Georgia O'Keeffe. In 2013 she married Dennis West, an actor and playwright, whom she met performing in regional theater in Tennessee. She moved to New Mexico in 2015 to further her work in film and television. www.carolynwickwire@att.net 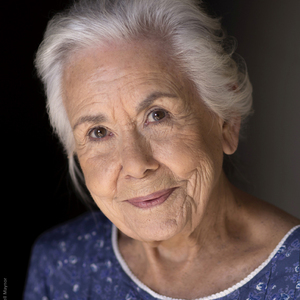