Caroline was born in Reims, France and lived over 22 years abroad. She loves traveling and sports. Her first dream was participating in the Olympics. Instead, she participated and different championships, including the Canadian Varsity Championships: in Volleyball, and then Alpin Skiing. She has both French and Canadian Citizenship. Her love for acting is stronger then everything so decides to go for it despite her Business study and comfortable work. At that time she studies in famous Cours Florent in Paris (directly admitted in 3rd year). She then works with Elizabeth Kemp (Actors Studio), Jordan Beswick (Lee Strasberg), Azize Kabouche and Isabelle Rattier (Theatre National de Chaillot), as well as Pascal Luneau, Patricia Sterlin and Damien Acoca... Improvising with Philippe Lelievre certainly contributed to her definited motivation to acting on stage and in front of the camera. She worked in front of the cameras of Mehdi Chared, Bourlem Guerdjou, Lodge Kerrigan and Balint Kenyeres among others. 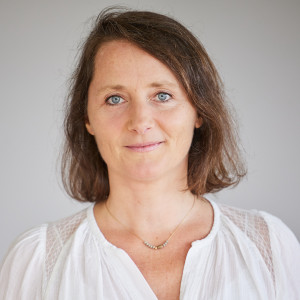 Great actress . her energy and commitment help you to give your best. "