My name is Cameron Lee Price and I have been training hard since April of 2015. My first market was in Seattle and Portland where I built up my resume for four years before moving to Utah in August 2020. During my time in the Pacific Northwest I was able to star in commercials for Delta Airline, Sounders FC, Amazon, etc as well as a guest star on Investigation Discovery's 'The Wonderland Murders' before moving to Utah at the height of Covid where I booked commercials for Geico, Friday Health, and Balance of Nature.

In April 2020, shortly after signing with my commercial agent in LA (Activity Talent) I moved to Los Angeles and I have been off to the races since. Booking my first SAG-AFTRA commercial for Burger King in May and in a domino effect booking commercials for H-E-B and Figure (powered by Blockchain). I have been consistently auditioning day in and day out, training three days a week with Allen Levin of Lifebook Acting in Studio City, all while booking a lead role in a romantic comedy feature film, a supporting role in a pilot, and multiple lead and supporting roles in short films.

I know the struggle of finding a reader who is easy to work with and who gives valuable constructive feedback. Rather than being just a reader, I will give you my opinions on how you can elevate the scene, bring the best version of you, and ultimately how you can BOOK IT! I hope to work with you and vice versa.

Cameron Lee Price is an Idaho born and raised actor living in Los Angeles. His love for acting began at an early age and over the last six years he worked diligently to hone his craft in the film communities of the Pacific Northwest before making the move to LA in April.

An avid motocross racer at an early age, Cameron's work ethic and passion gained him a motocross championship at only 7 years old, before transitioning to desert racing. It was around this time that Cameron found acting.

While Cameron was based in Seattle, Washington he starred in commercials for Delta Airlines, Amazon, Sounders FC, among others, all while expanding his theatrical resume and making his television debut in 'The Wonderland Murders'. He also has had the pleasure of acting in films such as 'Potato Dreams of America' (SXSW 2021), 'Roseblood', 'The Deliverance of Amy Stronghold', and many more short and feature films.

Cameron moved to Salt Lake City, Utah in the summer of 2020 where he starred in many commercials including Geico Motorcycle, Friday Health, and Balance of Nature. He moved to Los Angeles in April of 2021, where he currently resides.

Between acting classes, and auditioning, Cameron booked a SAG-AFTRA commercial shortly after arriving in LA. Cameron is thrilled to be advancing his career and reaching his goals. He is currently seeking theatrical representation and management. 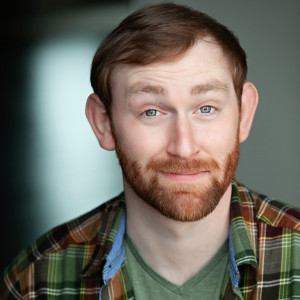