Hi there! I am London Based and am in my mid 40s, and can happily play Mums or Aunties for you - I also do a good line in Police Officers /Lawyers/ Counsellors/ Doctors etc. I'm particularly good with comedy roles but am versatile. My native accents are British RP (been here 20 years) but I'm a native Australian (born in Tasmania) so can give it a twang if needed! Other accents I can happily do as well general American or Cockney or Northern if needed. My showreel is on my profile which has two comedy scene and two more dramatic scenes. I've helped friends with self-tapes and so have quite a bit of experience.

Brigid is an actress who works both on stage and screen, from new writing and classical drama to films that have been shown at the Raindance Film Festival and on Channel 4s Film4.

An experienced actress who is often cast in strong female roles and has a flair for comedy, she has played everything from a naive Social Worker, a shy drug addict, an appalling Mother, a stern Police Officer, as well as a Lady-Who-Lunches, a bitchy Nemesis and a drunk and furious Bride. She is an experienced Pantomime villain and has also worked on several children’s musicals.

A mezzo soprano she has a strong character voice and picks up dance steps easily.

She is also an experienced Voiceover artist and with her Australian accent regularly narrates Audiobooks and voices Commercials and Radio Dramas. Having worked in the UK for 20 years she is also often called on for her British RP accent as well. Voicereels are available.

She has both British and Australian Passports. Brigid is an Examiner on the Board of Examiners at LAMDA, so in between acting assignments she assesses acting and communications exams across the country and Internationally.

Brigid has also directed several new writing pieces and is an Associate Director at the Jack Studio theatre and works on casting alongside the Artistic Director. She was awarded the Best Director at the Off Cut Festival in 2011. 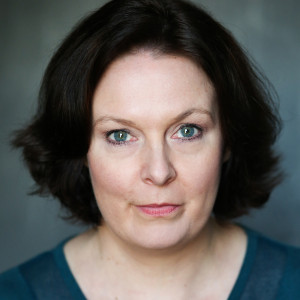