There's nothing better than collaborating with a fellow actor! To go from "I am not sure what to do with this" to "I feel like I'm gonna book this" is the best feeling in the world for not only the actor but the reader as well.

I have spent years training actors in improv and sketch comedy and coaching my fellow actors in my home studio. My bread and butter is comedy! As a long-time improviser, sketch, and stand-up comedian who has spent years creating content and working on stage, I know we can bring the funny together!

Rech me on IG at @thebrickjackson if I'm offline!

I am ready to collab! Let's have some fun!

Brick Jackson is an actor/writer/comedian living in LA by way of North Carolina. He has appeared on several shows for various networks including most recently on HULU’s How I Met Your Father, Showtime’s Black Monday, BET’s American Soul, and CBS’ NCIS. You can also catch him on Adult Swim’s Your Pretty Face is Going to Hell and TruTv’s Misfits and Monsters and soon on the newest season of HBO’s Barry and From Scratch for Netflix. Brick is a veteran sketch and improv performer and has served as writer/performer for Blackverse Comedy and the Color Collective, who perform at the Pack Theater in Hollywood. Brick is an experienced host, performing hosting duties for Orlando Jones’ Sunday Funnies and Color of Laughter tour. 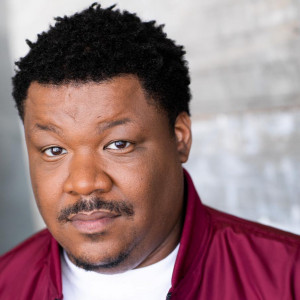 Yay Brick! What a gem. I so appreciated working with you, your warmth and energy. Thanks for the great tips and feedback which were super helpful. Hope to work with you again! You're a great human! "
"

AMAZING! so skilled at comedy and super easy to read with. "
"

FANTASTIC READER! easy to work with and had great notes with comedic timing. pro for sure. BOOK HIM! "