Hi, my name is Brian and I am a professionally trained and working actor, narrator, musician, video editor, and writer. I can help with anything from analyzing a script, helping with memorization, and even offering tips for getting the best recording setup or helping to edit/compress video files for delivery.

I also help conduct acting audition technique classes as a reader, so I know what casting directors are looking for and I can identify any potential red flags you may be sending. I can also help if you are looking to upgrade your filming setup and can advise on what the typical setup should include.

Previous acting credits include film, television, narration, and voice over.

Brian Telestai is an American actor, writer, and musician. He is most well-known as the bassist for "I Am Ghost" (Epitaph Records). He co-wrote and played on their studio albums, "We Are Always Searching" and "Lovers' Requiem". He performed on 6 US tours, the Kerrang! Tour (UK), & the Vans Warped Tour in 2006 & 2007 in support of these albums. Brian has been featured in Alternative Press Magazine, Metal Hammer Magazine, Kerrang! Magazine, Fuse TV, Kerrang! TV, and MTV2.

Recently, Brian has been forging valuable relationships in the indie film and tv communities in Boise and Salt Lake City. Coming in 2021, you can catch Brian in season 2 episode 4 of "The Chosen", in the feature film "Making Sense" at the Boston Sci-Fi Film Festival, and in the found footage film "Paranormal Prison"(due out on Gravitas), where Brian is both a supporting character and the main camera operator.

More info on these projects and others at BrianTelestai.com. 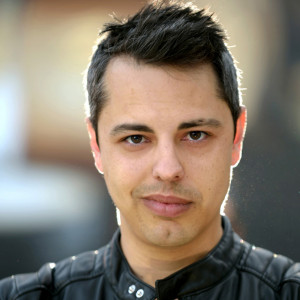