My name is Brianna and I would love to be your reader! I've been working professionally as an actor in Toronto, Ontario since 2017. I have a background in musical theatre but have been focusing on film/tv work for the past couple years. I live with my cat Pippin in the Parkdale neighbourhood in Toronto!

I'm super friendly and love connecting with other actors in these crazy quarantine times. I'll be your reader/scene partner and help you with whatever class, audition or job you're working on! I'm also more than happy to give you advice if you request it. Sometimes you just need a second opinion! I have a great love for comedy and can provide some quality comedic timing in any scene you're working on, and of course can also provide my skills to your dramatic scenes as well. See you in the virtual room!

Born and raised in Niagara Falls, ON, Brianna fell in love with performing at a very young age. This was mostly thanks to her tap lessons that she began taking at the age of four. Brianna studied musical theatre at St. Lawrence College in Brockville, ON, and eventually moved on to film/television acting through her studies at Toronto Film School. Since finishing her studies, Brianna has had the opportunity to work and learn from a number of industry professionals. She is thrilled to be continually growing as an artist through her constant learning and playing as a working actor. 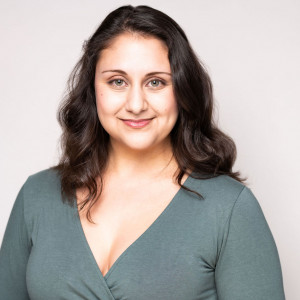