For those that don't know me, I'm Brian! (they/he) Trained actor ( Point Park University, Berg Studios, and Jon Rosenfeld Studios) and I've been working professionally for over 10 years and have many years of experience perfecting the craft of self tapes.

I've filmed and coached many self tapes for other actors/creatives. Whether you want to just have someone read with no coaching or notes, OR if you want some thoughts, to rehearse, or get a full coaching session, just let me know and we can make it happen! I'm a virgo that likes to get right to business, and make your tape soar easy and efficiently!

All about communication and making sure you feel 100 percent comfortable. :)

IF IM NOT ON, FEEL FREE TO DM ON IG @itsbrianknoebel or EMAIL TO SCHEDULE!

Brian Knoebel (he/they) is a bi-coastal actor who is known for his work on TruTV's At Home w/ Amy Sedaris, and Jon Glaser Loves Gear. He hails from Pittsburgh PA where he also received a degree in Theatre Arts from Point Park University.

While at school, Brian worked regionally at theatres like Pittsburgh CLO, Off the WALL, St. Vincent, The REP, and Primestage. After graduating, Brian spent many years in NYC working in theatre, film and television. Brian was nominated for Best Actor for his performance in Pretty Little Mouth in the Midwinter Madness Short Play Festival in NYC. He worked on shows like Blue Bloods, Jon Glaser Loves Gear, and played the role of Jackie in the Emmy Nominated season 1 of At Home with Amy Sedaris. He also played Private Foster in Ewan McGregor's directorial debut American Pastoral, playing opposite Uzo Aduba.

He moved out to LA and has since studied with John Rosefeld at John Rosenfeld Studios, as well as Gregory Berger Sobeck who's privately coached award winning actors such as Oscar winner Lupita Nyong'o (Us, Black Panther), Emmy winner Riz Ahmed (The Night Of), Winston Duke (Us, Black Panther), and Portia Doubleday (Mr. Robot).

He admires the work of Benedict Cumberbatch, Ezra Miller, and Cameron Monoghan and is grateful for them paving the way with roles that are vulnerable and poetic, and that are a balance of intellectual and emotional. 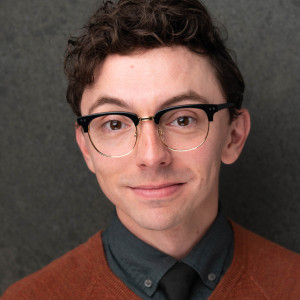 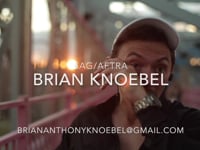