As a full time actor, my schedule is quite flexible. I love to help actors by reading for them and offering notes if they wish. Let's get you booked!

Bonnie Gayle Sparks is a born and raised Texan who began her acting career in Houston in 2013. Her first feature film, Camino (2016) earned her a Best Breakout Performance Award at The Victoria Texas Independent Film Festival. The film is now streaming on Amazon Prime Video.

In Bonnie’s latest film, Grace (2019), she stars in her first title role as a young girl who falls victim to the human trafficking epidemic. This award winning short film drama was inspired by true survivor stories.

Bonnie is a veteran member of The Extra Mile Workshop, an acting school lead by her mentor and friend, Glenn Morshower.

Enjoying her first year of marriage, Bonnie resides in the Dallas area with her husband and fellow actor, Vance Sparks. She is represented by Pastorini-Bosby Talent (Houston) and is currently seeking additional representation in Atlanta and LA. 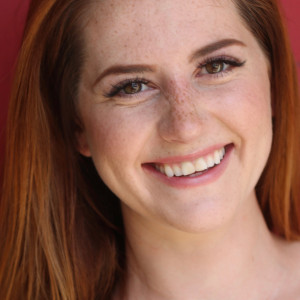