Reahearse with a film director!

My most recent coaching client booked a supporting lead in a feature, and a self tape client's agent said, "It was the best self tape that he's ever turned in."

Bonnie is an actor-turned filmmaker. She has directed the likes of Robert Pine, Rachel Nichols, Monique Coleman, Daniel Eric Gold. Because of her experience as a director she can help you break down a scene into it's key parts and because of her actor training she can give you playable, fun actions that result in BOOKED auditions.

As an actor Bonnie trained at Boston University's College of Fine Arts, The Moscow Art Theatre School (Stanislavski method and Michael Chekov technique.) Bonnie continued her scene study training with The Atlantic Theatre School, where David Mamet raved about her comedy skills. She continues to train with on going scene study.

Bonnie is represented bicoastally as an actor, writer and director. She is an expert at self taping. Her strengths are script analysis, and giving strong, fun, playable actions that you can do and will have fun executing.

Can't wait to coach with you.

Bonnie Kathleen (BK) Ryan is a director and screenwriter. Her
feature directorial debut, GRANDMA’S HOUSE, screened during the 2018
SXSW Film Festival and is distributed by the El Rey Network. The El Rey
Network also acquired her award-winning short film THREE LEGGED
DOG to air in the first quarter of 2019.
Ryan directed three short films when she decided to jump into the deep end
and apply to Robert Rodriguez’s, ‘Rebel Without a Crew’ the series.
Rodriguez loved her work and offered her a spot on his show, which proved
to be filmmaking boot-camp! Rodriguez served as an involved mentor on
BK’s feature and advised her as she shot, directed, edited and sound mixed
her feature film in less than four months!
Ryan is the 2018 winner of the South Carolina Indie Grant which funded her
darkly comic and award winning script GraceLand. The film shot on
location in Charleston, South Carolina in December 2018 starring Anna
Camp (Pitch Perfect) and Daniel Eric Gold (Ugly Betty) and Monique
Coleman (High School Musical.) Ryan prepared for the huge opportunity
and honed her directing skills by shadowing show-runner/directors Frankie
Shaw (SMILF), Scott Winant, (The Brink, True Blood,) and Jet Wilkinson
(Jessica Jones.)
Ms. Ryan has garnered positive attention for her work including;
FIREWATCH a 2015 Sundance Sloan Commissioning Grant Semi Finalist.
Grandma’s House won “Best Feature,” “Best Actress,” and “Best
Supporting Actor” at the American Horror Film Festival. Ryan's short film,
Three Legged Dog, won “Best Dark Comedy Short 2017" at the Atlanta
Underground Film Festival. The film was an official selection of the 2018
Indie Grits Film Festival, the 2017 Atlanta Underground Film Festival, The
Atlanta Underground Horror Festival, and the Women's Only Entertainment Film Festival. As an actor she has appeared on Murder in the First, HouseM.D, Save Me and many independent films.
Ms. Ryan grew up in South Carolina. In addition to directing, Ms. Ryanassists not for profit organizations as a benefit charity auctioneer. 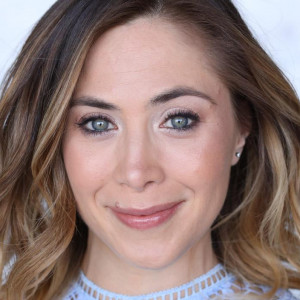 Literally one of my favorite readers/coaches i've ever worked with on here. Broke down the scene in seconds, helped make such amazing discoveries that I completely missed and was able to do all that while being an incredibly connected and generous scene partner. Work with Bonnie! "