Hey! My name is Bijon Hill and I'm originally from Kansas City, MO. I moved to LA years ago to pursue my passion--ACTING! Having been on multiple auditions and sets over the years I know how hard it can be trying to find someone to read with when rehearsing and self taping. For example: I loveee my husband :) and although he is the most convenient choice of a reader, he reads with pretty much the same tone no matter the character lol! Of course this is normal for most people. However, I've found it's more helpful having a reader who's not only trained but most importantly has the passion for acting and working on scenes & scripts! If you're in need of a reader to be invested with you, I'm your girl! We're all in this together :)

Bijon Hill is a fresh face talent from Kansas City who can most recently be seen in DREAMCATCHER. She also stars in the 2018 Short Film: Building Blocks, where she plays the lead role of Faith. She acts opposite Meagan Good in the Lifetime movie LOVE BY THE 10th DATE. She can also be seen in SPIDERMAN: HOMECOMING for Sony, as well as the Netflix series GIRLBOSS. 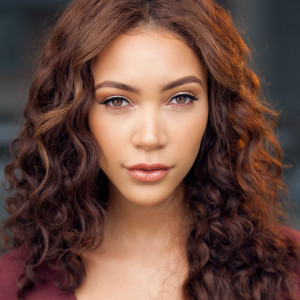