If you're looking for a villain or someone menacing, I'm your guy. Often type cast as the thug, or the jerk due to my stature (6'7"), in real life I am a big softie, and I do also love getting to tap into my emotional and vulnerable side. I've done it all from threatening to main and kill, to crying in a bathroom over terminal illness.

Studied Theatre with Tony Nominee Robert Westenberg in Missouri, were I was a co-founder of Death to Theatre Productions, before moving to California to work with Coatwolf Productions in Ventura, CA. After falling into several small roles due to my notable stature (6'7"), I recently landed a lead role as Luke in the feature film Countryside, which filmed in January and February 2022 and is currently in post production. 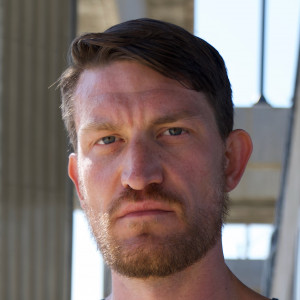 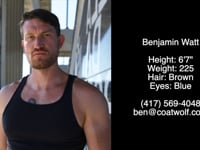 Benjamin was awesome! Great reader guys!! Book him. A+ "
"

Benjamin is awesome, great reader!!! A joy to work with and So open to play with new ideas and did scripts in multiple languages!!! Recommend!! "
"

Benjamin was a excellent reader!! Gave me great notes aswell "
"

Extremely helpful and patient. I highly recommend him as a reader! "
"

One of the best on here! So talented! Great experience working with Benjamin. He's giving you a lot in the scene. He definitely helped me a lot making this seltape great. Thank you man "
"

He's the real deal! Great reader, makes you feel at ease and he's patient and wants you to get it right and get booked! Rare to find people like him on WeAudition. 5 stars and super recommend. Thanks! "