I'd love to help you out as a reader! I've been an audition reader for years at StoneStreet Studios and ~the occasional casting office~.

I really feel that I wouldn't be where I am today without such opportunities, as both sides of the process have taught and given me so much. For example, I met my current manager as a reader for her StoneStreet class. Now, years of such experience inform my own preparation, performance, and presence in the auditions I receive from her. In turn, that's led me to exciting opportunities such as a recent audition for a recurring role in an HBO Limited Series.

Perhaps most importantly, it's simply a lovely feeling to be able take care of someone and be one less thing they have to worry about or navigate in our wild, unpredictable world. I believe in putting out what you want to receive in this world, and especially in acting, in supporting each other as we all pursue a common goal!! When I hear that I'm trusted, when I see that people are happy to see me in the reader chair, it truly means so much to me and continues to inspire me to be ever better.

Bailey Sawyer is an NYC-based actress from Mobile, Alabama. She moved to the city in 2014 to attend NYU’s Tisch School of the Arts, where she earned her BFA in Drama. Throughout her studies, she's trained with Atlantic Acting School, Stonestreet Studios, Shakespeare & Company, and most recently, UCB.

Her training so far has helped has helped her start to tap into a sense of permission, freedom, and humor that she could only dream of as a girl in Alabama. Now, she looks forward to seeing where, and who, her endeavors will lead her to next. 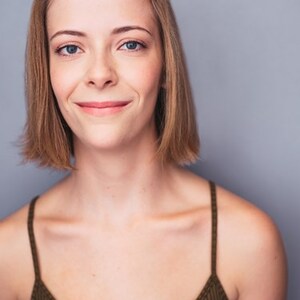