Hi! I'm Ava. Thanks for clicking on my bio. I would love to read with you. I went to NYU and studied for two years with Bill Esper at the William Esper Studio. I've been a reader for multiple casting offices in NYC (including Brette Goldstein, Sig De Miquel, and Barden/Schnee). I also run a self-taping studio called WV4 Productions. My clients include newbies and series regulars.

I am an excellent listener and in the session I will take your lead. If you want feedback, direction, or script analysis - I will be more than happy to give guidance. My goal is to get you booked!

If I'm not on here, send me an email avapaloma@gmail.com or on IG @apaloma.

Actress and producer Ava Paloma brings extensive, varied industry experience to her creative career in film, television, and theatre. She is known for her intuitive ability to read a room and see the bigger picture, composure under pressure, and solution-oriented, positive energy while being part of a creative team.

Ava's TV credits include appearances on The Blacklist, Law & Order, and Bull. Recent film projects include the lead roles of Sophia opposite Patrick Muldoon in "Deadlock" (starring Bruce Willis) and Kitt in "Scrapper" featuring the late Craig "Mums" Grant. Her latest project, "Jersey Bred," is currently in post-production; Here, she plays the lead role of Vikki opposite Chris Tardio.

Born and raised in Beaver Falls, Pennsylvania, Ava describes herself as a small-town girl who spent half her life in Manhattan. She graduated with honors from NYU, trained under Bill Esper at The William Esper Studio, and became an ensemble member of The Collective NYC, the NYC-based film and theatre company founded by Amy Schumer.

In her free time, she goes for long walks with her Muddy Paw's rescue pup, Ruby, and often visits her family's regenerative farm, "Wildom" in Deep Creek, MD. 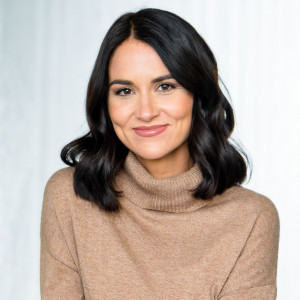 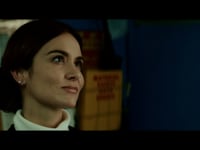 Amazing reader thank you so much! "
"

Thanks, Ava! As always! Great reader and provides exactly what you need! "
"

I LOVE a reader who picks up what you're putting down! And boy, did she EVER! Heck, I'd have considered casting her in our read! Thanks, Ava! You play a great game of tennis! "
"

Thank you for your patience while we figured out the timing! "
"

Really excellent work. Thank you. Exactly what I needed. "
"

Well, I came back to Ava the very same day. She is INCREDIBLE, people! "
"

Absolutely incredible, insightful, and gifted. I adore Ava and am so grateful for her . "