Hi. I'm Ashley Evans and I've been an actor for fifteen years in Vancouver, Canada. I've trained with some of Vancouver's leading schools and coaches such as Kate Twa from Railtown and Andrew McIlroy. My superpower is building meaningful connections with actors, making you feel comfortable doing your best work. My strength is my ability to help you get into the zone. We do this by identifying what's working and what elements are missing in your audition tape. It's a felt sense I've acquired through my background as a writer and a communications consultant.

When I'm not acting, I'm a communications professional with sixteen years of experience working with executive teams and multiple levels of government. I spent six years as a Senior Communications manager working for an Emmy-award-winning animation studio that produces hits such as "Rick and Morty," "The Dragon Prince" and "Teen Titans Go!" to name a few. I have a Bachelor's Degree in Communication from Simon Fraser University. I'm passionate about diversity and inclusion in the film and TV industry and I was a board member of Women in Film and TV Vancouver from 2018-2020.

My recent acting credits include the TV Series "The Flash", TV series "Mech: X4" (Disney) "Lucifer" (Fox), "I-Zombie" (CW), and Untold Stories of the ER (Slice). In 2019, I co-wrote, starred in and co-produced the short film "Rise n' Shine" which won dozens of awards across North America.

Most importantly, I'm an excellent communicator and I love working with actors.

Ashley Evans is an actor, writer and producer who was born in Canada's remote northern terrain in the Yukon and now lives in Vancouver. Her goal is to make films that inspire audiences to embrace the dualities of life and treat all living things with love and kindness. Ashley is obsessed with protagonists who can't quite find their bearings, and who are desperately trying to find their place in the world. Her recent acting credits include the TV Series "The Flash", the short film "Rise n' Shine" that she co-wrote, co-produced and starred in; TV series Mech: X4 (Disney) Lucifer (Fox), I-Zombie (CW), and Untold Stories of the ER (Slice). Ashley is also a Communications professional with sixteen years of experience; and was the Senior Communications Manager at Bardel Entertainment Inc. (Rick & Morty, Teenage Mutant Ninja Turtles,) for six years. She also served as a board member of Women in Film & TV Vancouver from 2018 to 2020. She has a Communication Degree from Simon Fraser University and a dog named Thor. Check out her IMDB page. 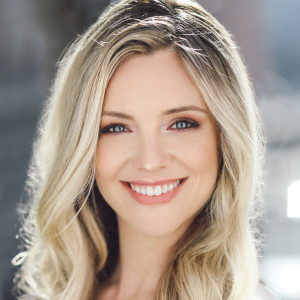