Anniwaa Buachie is an award-winning actress, filmmaker and writer, shifting sands in the entertainment industry, globally. Known for her portrayal of “Eka” a Nigerian mother battling with issues concerning FGM in the TV series Survivor’s Remorse STARZ, opposite the renowned Tichina Arnold, Teyonah Parris and Erica Ash. Anniwaa is also known for her role in British feature film Aux, staring alongside Jonathan Rhys Davis, and for her guest star role in long running British TV series Holby City.

A recipient of the Alan Bates Award and New York International Film Festival Award, an esteemed actress, she has not only worked in TV and film but extensively on stages in London and internationally, performing at world prominent theatre’s such as The Public Theater, The Old Vic, Young Vic, and the National Theatre of Ghana.

Born in South West London to working class Ghanaian immigrants, Anniwaa is the youngest child out of four. Growing up in a creative household and multi-cultural London, Anniwaa was constantly exposed to a variety of cultures and art forms.

As a child, she was scouted by ballet dancer Rhian Robins, who believed her dance skills, were an exceptionally high standard and encouraged her parents to enroll her in to the Royal Academy of Dance. For 16 years ballet and contemporary dance was her obsession, although a dancer of a high calibre her future was in acting.

Early on in her career she became the founder and Artistic Director of Golden Delilah from 2009 -2015. Golden Delilah was an innovative Theatre company which celebrated new writing which promoted strong female roles. This theatre company showcased a diverse range of actors, directors and writers aiding them in the development of their career.

As an actor who started from very humble working class beginnings. She is an avid supporter of community outreach work and supports children theatre focused companies such as Shakespeare Youth Festival: LA & Kenya, where she is a board member and head of the Outreach Committee.


Prior to acting training, trained at the Royal Academy of Dance. For 18 years Ballet and Contemporary dance. 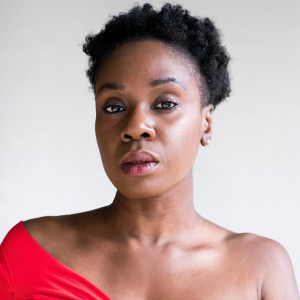