Anna Sahlstrom is an actress and writer. Her most recent credit was a Court TV show. She also did a Pepsi commercial and a PSA over the past year. She wrote the short film, Pick Me!, in which she also starred, that premiered at the Filmstock Film Festival in 2011. Her other film credits include the voice of the Neighbor in the English language dub of the film Chameleon and the role of Donna in the docudrama, The Rite of Exorcism: Myths, Mystery, and Hope, with Veritas Pictures. She is also a writer who adapted her play, The Go-Girls, into a screenplay, which was a finalist in the 8x8 Screenwriting Contest hosted by 8 Sided Films. She received a Post-Graduate Certificate in Acting from Drama Studio London and a BA in Theatre from Loyola Marymount University. 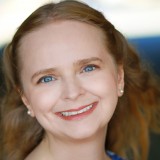