Anjelica McMillan is an actor, known for Three Busy Debras (2020). Other television credits include Portlandia (Season 8) and Wonderland Murders (Season 2). Some of her regional theatre credits include "The Watsons Go to Birmingham-1963" at Seattle Children's Theatre and "Behold the Dreamers" at Book-it Repertory Theatre, for which she was nominated for a Gregory Award.

I'm an actor/screenwriter living in Seattle, WA. I've had guest star and co-star roles on shows such as "Portlandia", "Three Busy Debras" and "Wonderland Murders" on Investigation Discovery. I've appeared in commercials for companies like Washington Lottery and Meta (Facebook). I've also done a number of internal training videos for Microsoft, T-Mobile, Amazon, and Zillow, to name a few.

If you've ever been to Seattle, you know we're a theater town. :) Over the past few years, I've had the pleasure of working at regional theaters like Seattle Children's Theatre and Book-it Rep. I have a BFA in Acting/Directing from Pacific Lutheran University. 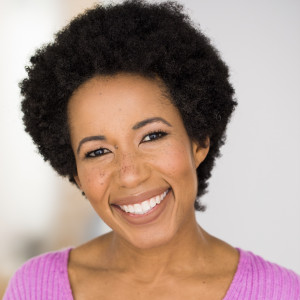 Thank you so much for your time and patience! Anjelica is an amazing reader and so lovely. Book her! "
"