I love coaching scenes and monologues for both tv/film and theatre. I bring a sense of ease and joy to the process. I like to make sure the "work" we do as actors is hidden so that the viewer is getting a true sense of self!

I am able to introduce precision while still allowing the choices to be alive. I will help you ground yourself in the environment, enter a totally imaginative play-space, lock in some key choices, and land a dynamite tape!

Let's have some fun!

Andrew calls New York City home and has considered acting a job from a very young age. He earned his BFA at the University of Oklahoma and his MFA at the University of California, San Diego (where he taught acting courses). He has been seen on stages across the country such as the La Jolla Playhouse, Casa Mañana, 54 Below, etc.
Along with stage work, he can be seen in William H. Macy's "Rudderless", and various independent films.
When he is not pursing acting/teaching work, you can find him rock climbing, camping, walking in the parks, and loving his community! 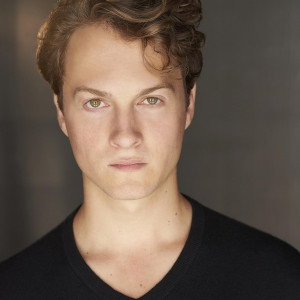