My acting/voice style has been described as fun, quirky, friendly, warm, and girl-next-door. Having been a student of voice since the age of 14, I have had many years of experience in singing and acting through choral performances and community theater shows, and can navigate the need between the soft spoken and meek character, to the obnoxious loud-mouth, or anywhere in between. I would love to help your audition be the best!

From a very young age, Amy has always had a desire to inspire others through acting and music. While attending middle and high school in Corona, CA, she had her first opportunity to put that desire to work by getting a small role in her middle school's production of Annie, followed by joining choir and vocal groups throughout high school and college. Amy went on to earn a Bachelor of Music in Music Education, as well as a Teaching Credential and Master of Science in Education, from California Baptist University in Riverside.

However, despite her love for teaching and interacting with students, there was always something missing that drew her back to that first love of acting. She began acting in 2011, being involved with many community theater shows (both behind and in front of the curtain) with friends and colleagues at Gold Leaf Theatre Productions in Riverside, CA. Currently, Amy is in pursuit of film and voice acting, hoping to share in the experience of creativity from fellow artists, as well as put her talents to use. 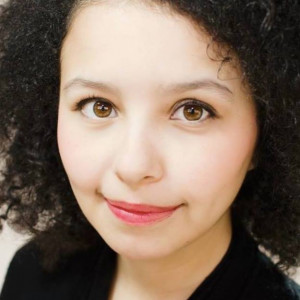