Hi there!
In the past I have coached and taught kids and teen actors as well as fellow adults. I have previously studied at Lesly Kahn Studio, Deb Aquila's studio, and other acting coaches around town that I love.
I regularly book commercials, averaging 2 a month and have worked on Network TV, and in the studio and independent film space. I've tested for Series Regular roles in 2 ABC Pilots and a Daytime Drama and have worked on screen opposite Michael Shannon, Amanda Seyfried, Dominic West, and Daveed Diggs to name a few
.
I love giving back to my community and helping other actors when I can and am excited to enter into this space as a reader as my schedule allows.

Amy Argyle brings a grounded honesty and personal spark to all of her roles. She can be described as "Rosario Dawson meets Kerry Washington with a splash of Rashida Jones and Gina Rodriguez. "
Having started her career in Dallas, Amy has continued here in LA the last 16 years.
She’s appeared in several popular tv shows and studio and indie films opposite some of the biggest names in the business and has shot well over 100 commercials.

Amy has won 2 film festival awards for her performances, had a feature with Michael Shannon and Imogen Poots premiere at Sundance, and she has co-produced and starred in 2 short films that had solid festival runs.

In the magical world of theater, Amy has been seen recently around LA in the Hollywood Fringe Festival the last 3 years in 4 Encore Award winning shows. Her last play, What I Never Told You, which she had translated from Spanish, produced and Co-starred in was nominated for Best International Play.

She is passionate about sharing her experiences in this creative journey to help inspire and empower other creatives! 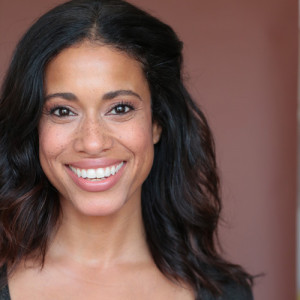 Amy is such a warm, friendly presence! Thank you, thank you! "
"

Amy is a great actor. Generous and with great thoughts on the scene. I look forward to working with her again. Thanks, Amy. "
"

Great feedback, energy, support, and conversation. Thanks so much, Amy. "