I am a trained actress and have mainly worked on screen. I worked on a tv series called Shortland Street for over 6 years and became very skilled in fast turn around television. I have worked on two feature films and I direct and perform on stage too. I run workshops in acting and teach at our top drama school in screen acting and actor process. I do a lot of reading for casting directors here in NZ so understand the audition process and have learnt people who bring their own unique voice is what gets them noticed. I love working with people on their scripts to delve deeper and find their version.

Whether you want a coaching session or simply a keen actor to jam with I'm here for you.

Really looking forward to getting to know the we audition community and share in the love of our craft.

PROFILE
Amelia Reid-Meredith is best known for her work on South Pacific Pictures’ Shortland Street where she played core cast member, Bella Cooper. Amelia played the role of Bella for six years, boasting over 380 episodes throughout which her character underwent various life stages and challenges.

Amelia is experienced in various areas of the performing arts. Her background includes short films, commercial and voice work. Some notable theatre credits are the role of Lady Macbeth in a production of Shakespeare’s Macbeth and the currently in the nation wide tour of Rants in the Dark.

In 2018, Amelia appears in Hallmark Productions’ Pearl in Paradise in the role of Renee and This Town 2020, directed by David White where she plays Amanda. 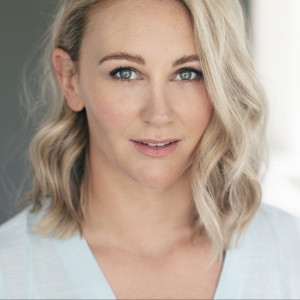