So your agent just sent you another audition. Or maybe you have a new scene to prep for class? Or maybe you just booked that gig you were so excited about (YAY!), but now the inevitable terror of actually having to perform the darn thing is upon you?
No worries, I got you! Together we can:

-Identify goals, obstacles, objectives, and needs
-Identify story structure and how it relates to the overall plot
-Create variety in your delivery (not the same boring take time after time!)
-Raise the stakes and make it personal
-Memorize lines

Whether it’s for:
-A real audition
-Rehearsal
-Just Practice (Look at you practicing! Good for you!)

I am an engaged and thoughtful scene partner. Our goal together is to discover the best interpretation of the text that speaks to your needs, strengths, and goals. I work with you to find what helps you light up the text and bring out the best performance.

If you want to schedule a time in advance, feel free to email me at amandadyba89@gmail.com

Amanda Dyba was not planning on becoming an actress, but somehow she ended up being one. Her introduction to the world of acting began in high school when she auditioned for the school musical at the urging of her sophomore English teacher, and was soon hooked, finding herself spending countless hours in every production, both on stage and behind the scenes.

She has worked the gamut from student films and festivals to small TV appearances and short films that you've probably never heard of, but that were still pretty fun none the less. She also enjoys writing sketch comedy and improv, though she would not consider herself a comedic actress (it's just a lot of fun). Last year was a major milestone as Amanda finally joined SAG-AFTRA and can't wait to get back on a set. 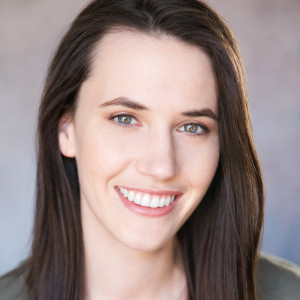 Amanda was an excellent reader. She helped make my acting more way more authentic and made me feel at ease. I felt like I was reading with a friend! "
"

So nice! Great ideas and suggestions! Super cool and helpful. "
"

Amanda!! thank you sooo much for our hour! Literally was a spaz today. Thanks for grounding me and helping me with my scene. so much appreciated. Very much recommended!! Took her notes and put them to use, happy with my ending material. "
"

Excellent reader! Worked with me through a very bizarre and intense scene, ha. "
"

Thank you so much Amanda your notes were so helpful! "