Get out of your head and deliver a character, authentic to yourself, from a grounded place. Feature film writer-director-actor. Extensive experience with breathwork, movement, on-camera training, and "rewriting" the script to serve your artistic expression.

Auditions can be vulnerable and I will always respect your process if you need feedback or not. If you do, trust that I won't give you passive insight. I'm rooting every single one of you on. Let's play!

Allen Negrete is a young talent and he's already started to make a mark.

After a year of acting training with Zac Efron's long-time coach Aaron Metchik, he landed representation with Savage Agency in his very first Hollywood showcase.

Since then, Allen has acted in student films and a web series with 'Sabrina' and 'Riverdale' director Maggie Kiley. He's trained with Jo Kelly and multiple instructors at Anthony Meindl's Actor Workshop.

As a writer-director, Allen is most proud of his debut feature, 'This Side of Summer', a docu-style dramedy epic, that premiered in Los Angeles in 2019.

Negrete grew up in a small beach town on the Central Coast of California. Those days, you could find him writing fantasy adventure scripts about his friends, cooking up elaborate games, or experimenting with different character voices.

A hint of things to come - Allen would later turn to directing, acting, and screenwriting for his artistic path.

Today, he still creates with some of those childhood friends. His mission is to empower the discarded, the overlooked, the underdogs, to celebrate and honor who they already are so they never settle for less again. 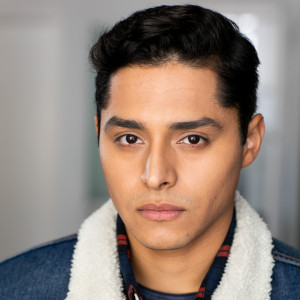 Allen is awesome! A great reader. Patient, kind, great listener, and gives great feedback if you want it. Recommended. "
"