Hello! My name is Alex and I am a professional actor based in Montréal, Canada.

I have worked as a session reader at Kenyon Wells Casting for auditions and callbacks on over 20 projects over the last five years (Transplant, The Bold Type, Jack Ryan, Midway, The Moody's, Street Legal and more). Productions have also used my services for network table reads (Party of Five, On The Basis of Sex, Blood & Treasure).

I am a reliable, present and generous reader who firmly believes that a strong, supportive acting partner can make all the difference when it comes to your on-camera audition, callback or rehearsal.

I am also available for line-runs, rehearsals, guided physical and vocal preparation, as well as warm-ups.

Alex Petrachuk works professionally in film, TV, voice, theatre, video games and puppetry. She is currently based out of Montréal, Canada.

A graduate of the BFA Specialization in Theatre Performance program at Concordia University, she was honoured with two METAs (Montreal English Theatre Awards) immediately following her training for Outstanding Supporting Actress and Outstanding Emerging Artist in 2016. 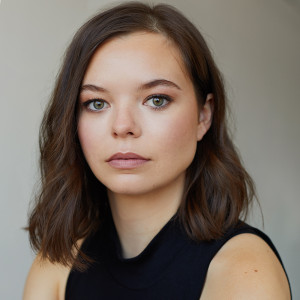