I'd absolutely love to help you as a reader - I'm a perfectionist so I will help ensure that we smash the scene and you feel as prepared and happy as possible with the take! I'll give as much or little feedback as you want me to give.

With 18 years experience in the industry, I've been lucky enough to perform worldwide in a whole range of exciting projects. From working on Channel 4's 'Hollyoaks' and giving birth on screen to being a performance capture and motion capture artist on Epic Games' 'Fornite' to working on the 'The Princess Switch 3' (Netflix), I've covered a lot of different ground! From TV, film, theatre, commercials, video games, corporate jobs to clowning and voiceovers, I've been fortunate to try my hand at a whole range of things.

Fully trained in the UK, whilst perfecting my craft on courses across the world, I strive for success and want to bring that bit of sparkle to our read together!

My name is Lexi and I am a British actor!

My most recent TV and film work includes:

Sadie Cressington - 'Hollyoaks' - I entered the village of Chester causing chaos and drama, and brought a new baby into the show (giving birth on screen!). Tony Hutchinson is the baby's grandfather!

Wendy - 'Mommune' - This new BBC comedy web series focuses on three single mothers who highlight the importance of communicating with your baby from an early age.

Gem - CBBC'S 'The 4 O'Clock Club - Gem brought a playfulness to the show acting as a TIE entertainer to which the students were not impressed with!

I'm also an experienced performance capture artist, working worldwide providing both motion capture and also performance capture for different companies and projects. I've worked with companies such as: Epic Games on their game 'Fornite', Riot Games and perform in a number of demos for facial animation company: Cubic Motion and mocap company: Vicon.

My most notable project to date would be the collaboration between Epic Games, Tencent, 3Lateral, Cubic Motion and Vicon to create the digital human: Siren. 'Siren' was performed live in San Francisco at GDC and other global gaming conventions, and I was the actor behind her, driving Siren live in real-time.

I continue to work very closely with Epic Games - being their actor for their latest Unreal Engine PS5 Demo that has just been released. I provided the full performance capture - body motion capture along with voice and face.

I have a lot of commercial and corporate experience also, working on campaigns for companies such as: Sony, Superdrug, Nestle and Go Outdoors to name a few.

I am constantly looking to improve as an actor, and therefore continually trying to gain new skills. I am currently doing a diploma in BSL (British Sign Language).

I look forward to seeing what the future holds! 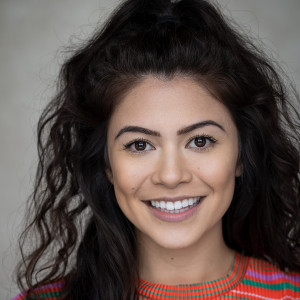 Excellent reading, can do a nice general American accent. Thank you! "
"

Bonus Session and we nailed it! "
"

Amazing energy!! And so super supportive! "
"

Wonderful read! thanks very much "
"

Amazing Energy! Jumped right into a very long script and rocked it!!!!! Appreciate you so very much! "
"

Amazing! Wonderful, gracious and accomodating. Alexa helped me with perfecting a British accent for my audition and pointed out areas where I can improve. Would absolutely recommend her to anyone and cannot wait to read with her again. "
"

Alexa is such a sweetheart, I love reading with her! "
"

Alexa was present and lovely, thanks for your help "
"

Absolutely phenomenal reader. Very patient and quickly grasped the scene I had and was able to give constructive notes within the first read of it!!! Amazing stuff. Will be back. "
"

Amazing reader, SOOOOO much for to work with. "
"

Alexa is so great! great energy, enthusiasm, and very flexible. I enjoyed her reading with me! "
"

Alexa is really friendly and easy to work with and was great helping me with a General American accent. Thank you! :) "