Look, I may not be "Hugh Jackman" or "Ryan Reynolds", I mean who would even want to be them, with their perfectly sculpted bodies, their huge houses and nice cars! NOT ME! Well, that's a lie, we all dream of being where they are one day, but that's not my point! My point is, I am not them, I can't be them, no one can! But, I am me, which luckily for you there is no one else like me, I am the only one of me you will find and I am here to help where ever I can, because acting is what I do and what I love! Plus if I can help others out in the process then what a bonus, right?.

So let me help you ace that audition! I am happy to provide any feedback if needed and you may ask me any questions! Remember this is your audition! I want to help you stand out :)

I have worked on Short Films, Feature Films, Music Videos and TV Shows as an Extra - Lead.

I am a 2017 graduate from Film and Television Studio International's (www.filmtv.com.au) 1 year acting program. The program has given me the amazing opportunity to work along side some of Australia's top Actors and Acting trainers.

Adrian is an Actor and Model currently residing in Melbourne, Australia. He has had the great honor of being part of many short films, commercials, TV series and feature films, as well as taking part in a handful of workshops and the completion of Film & Television Studio International's one year intensive acting program. 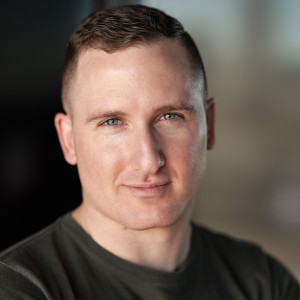 Adrian is a so sweet and very generous. Thank you so much, Adrian! "
"