Hi Everyone! I am a NYC-based actor, writer and producer. I've always enjoyed helping friends with their auditions and I'm here to help you too! We can talk about the role a bit, go over the right beats and timing for the scene and produce an audition tape you can feel confident sending out to the powers-that-be 🚀 Let's do this!

An award-winning writer, producer and actor, Adam’s short films and web series have screened all over the US and internationally. He served as a staff writer on the web series ‘The Age of Insecurity’ (Winner, LA Comedy Festival) and ‘Little Italy, Los Angeles’ (Winner, HollyShorts). His short documentary about his father, ‘Harv’ won the 2017 Greenwich Village Film Festival and 2018 Inwood Film Festival in New York City. He won Best Actor at the 2020 New York City Short Comedy Film Festival for his portrayal of The Agent in ‘Adam Adamson, Licensed Realtor,’ which premiered at the IFC Center. His latest short film ‘A Best Man’ is a grant recipient of the inaugural Inwood Art Works Filmmaker Fund Award and is currently making its rounds on the festival circuit (Winner: Best Actor in a Short Film, New York CineFest). On the theatre side, Adam’s plays and staged readings have been produced in New York City and Los Angeles. 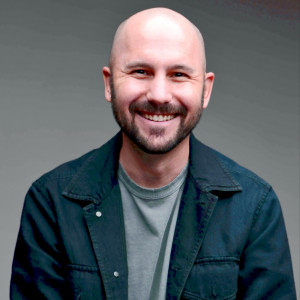 Adam is such a wonderful reader! He gave me informative feedback for my scene, and our conversation about choices and objectives was incredibly helpful. Thank you! "
"

Adam is great! Super professional and knowledgeable and it was fun to read with him. I threw sides at him with like 5 different characters that he needed to read, and he read them all with aplomb! These sides could totally have been boring to do, but Adam made them so funny and entertaining. It was actually fun doing this audition. Thank you so much for your help, Adam! :) "
"

Adam was very patient, generous, and had great feedback. Thank you! "