Whether you just need a reader or you’d like help workshopping your scene, I’d be happy to help!

I am an actor and filmmaker. I have experience on both sides of the camera, behind the mic, on stage, and in the classroom. I can offer a reliable read and insightful feedback.

I really enjoy working with other actors, and I’d love to help you analyze your scene, connect deeper to the character, and capture your most authentic, and enjoyable, take.

I can do the following dialects, so just let me know what you prefer:
- American neutral
- British
- Irish
- Western

If you'd like to set something up in advance, send me an email at: abigail.e.hunt13@gmail.com

I look forward to playing with you!

Abigail is an actress and filmmaker from the farming town of Tulelake, California. She began acting on stage at age 12, then proceeded to act, direct, and edit film through her teenage years. She moved to Los Angeles and joined a classical theatre company, with whom she went on to win a BroadwayWorld award for her role as Hermia in A Midsummer Night’s Dream. She began her film career with an appearance in Mary Harron’s feature Charlie Says and Maude Apatow’s directing debut Don’t Mind Alice. Most recently she wrote, directed, edited, and starred in the short film Trees, which will be making the festival circuit in 2021. 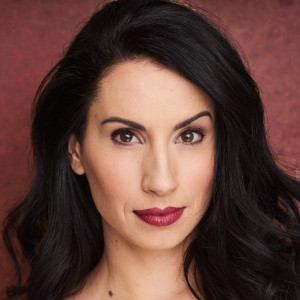 Abigail is a blast to work with. We didn't just get straight into business but had a lot of fun playing around and trying different things and going back and forth. Love when readers truly feel like you're collaborating! Book her if you get the chance! "
"

Just the best coach I've ever worked with. Holy moly. I think her superpower is finding where you're already going and helping you expand and ground it. She was so responsive to where I was at mentally, emotionally, artistically. Do yourself a favor and have her as your coach and reader. "
"

Abigail is the GOAT. I actually asked her to read with me tomorrow too because she was SO helpful, and really listened and gave me directives that helped me drop in much faster than I would just by myself. I am a huge fan and can't wait to work with her again! "
"

Abigail was great! I needed some coaching on a very specific dialect for an audition and she was great at helping me dissect it. Would highly recommend her! "