I'd love to help you rehearse, self tape and book those jobs! I currently live in between LA, San Francisco, and Ashland, Oregon. I'm SAG eligible and looking forward to joining up soon.

I've worked on several independent films and in San Francisco theater and have produced several short films as well.

I'm currently a student and teacher-in-training at the Yat/Bentley Center for Performance: https://www.yatbentley.com/

Aaron Royce Jones is a former professional soccer player turned actor and filmmaker. He hails from Berkeley, CA and graduated from Berkeley High School, class of 2006. He attended UC Santa Cruz, played on the NCAA men’s soccer team, and graduated with a B.A. in Creative Writing in 2012. In 2014 he moved to Finland and play professionally for two years until an untimely injury (and a lack of sunshine) brought him home to California. While working as an AC on an indy feature, he realized his true passion existed in front of the camera and jumped into the craft 'feet' first. He currently studies voice and movement with the YAT/Bentley Center for Performance in Oakland and Meisner Technique with Rachel Adler in Berkeley. 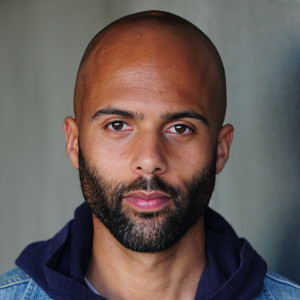 Amazing reader! Aaron worked with me on every single detail to really break down the scene. If you're looking to really dig deep into your scene work and character, I recommend Aaron 100%! "
"

My best experience so far on this app. It was a pleasure working with him, very helpful and talented "