I am an actor and director from St. John's, Newfoundland, Canada and now I live in Copenhagen. I have been working in film, television, and theatre for almost 20 years (wow, time flies!)

Before falling in love with a Dane and being roped back to live in Denmark, I was steadily working in Vancouver and Toronto and other parts of Canada and the USA. I started my television career, with a goofy recurring character in the Canadian TV Hit "Republic of Doyle" playing the male-prostitute-police-informant Lance MacDonald.

Apparently that was my bag, because ever since, I have been playing sleazy drug dealers, prostitutes, and general baddies and villains in television and film back home in Canada. I have been a guest baddie in Arrow, and vigilante vampire slayer in Supernatural, a rat eating monster in Lost Girl, a deranged killer in the cult film Incredible Violence, and many more low -lifes and Ne'er-do-wells. Recently I was a series regular on CBC´s Little Dog, playing manager/trainer to the villain boxer in the underdog story as well as a regular in the new Syfy series Astrid and Lilly Save the World, playing the hippy high school art teacher. Here in Scandinavia, I’m making my European television debut as a regular character in the new Viaplay series TROM.

Concurrent to my film and television efforts, I was Artistic Director of several theatre companies and festivals over the years and created and produced many productions. I served as director on some pretty awesome shows and worked with some pretty awesome people and am very grateful for that experience. (I mean, there were some pretty awful shows in the mix too, let's be honest, we have all been there! )

My time as a director helped me inform my approach to auditioning and casting, and having been on both sides of that camera, many a time, I choose to believe I have a modest understanding of what works and what is helpful. So, if anyone needs to consult or chat, or help with an audition or a reader, I would be glad to help.

All the best to Everyone and Let's all find something incredible to work on!

hope you're all best kind,
Worthman

Michael Worthman is an actor and director from St. John's, Newfoundland, Canada. Michael has guest starred in television shows such as Arrow, Supernatural, and Hudson and Rex and has been a series regular on the CBC programs Little Dog and Republic of Doyle, as well as the SYFy series Astrid and Lilly Save the World, and the Scandinavian tv series TROM. He has also starred in the feature film Incredible Violence, and sci-fi web series Infinite Possibilities. His directing credits include Ibsen's An Enemy of The People, Possible Worlds, Rig, and Swept Away. Michael Graduated from Memorial University of Newfoundland and was the recipient of the Tommy Sexton Triple Threat Award. Michael now lives in Denmark with his partner Mia. 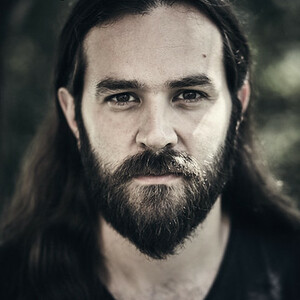 Amazing!! So nice, helpful and generous! "
"

Fantastic Reader and so encouraging! hope to get him again sometime! "
"

Fun and easy going just what you need for a great tape! "
"

Michael was so great. Cant wait to book him again. "
"

Literally SO AWESOME!! I will see you again soon, Michael! Thank you so much :) "
"

Michael is so patient and chilled! He has an amazing energy and he empowers you all the way. Thank you, Michael! "
"

Michael is fantastic! Willing to do as many takes as it takes, and super helpful with feedback. "
"

Gem of a human being. Professional. So talented, natural. Makes you feel comfortable and gets the best performance out of you. I was rehearsing with him for a callback and I left the reading feeling confident and energized, ready for it. 🙏 "
"

Great energy and loved his instinct on improv on the scene and his feedback after the takes. Generous with his time also -- great reader! "
"

Michael was an amazing scene partner and so helpful and kind in providing feedback. Looking forward to working with him again! "
"

Michael is such a great soul to work with! It was an absolute joy working with him! We locked my scene in two takes. :) "
"

Michael is such a great reader. The real deal!!So glad we connected on here! A+ "
"

Michael was incredible. So friendly and easy to work with! He gave me space to make my choices and was flexible with doing multiple takes. I look forward to taping with him again! "
"

My guy! A true ally. Great direction and support. Keen eye. I appreciate his patience too. "
"

Michael is such a great reader! Literally gives you a character to play with and fills in the space of a scene! So glad I saw him on here and will 100% be reaching out again! "
"

Such a great reader and awesome notes as well. Can’t wait to work with Michael again! "