Born into a theatrical family he began working professionally as an actor at the age of two and a half, touring in Old Time Music Hall and as part of a Magic Act. With numerous other roles as a child performer he felt destined to tread the boards as an adult.

Tarquin’s early work in theatre allowed him to play a wide range of roles, with several weekly rep seasons at Sidmouth, four years for Jill Freud at Southwold Rep and pantos at Chipping Norton. He has toured throughout Britain, Europe and even New Zealand.

Theatre Roles include: Boldwood and Joseph Poorgrass in Far From The Madding Crowd, Albert Godsby in the much acclaimed national tour revival of Brief Encounter, Father, Stationmaster and The Russian in The Railway Children, Jack in A Visit From Scrooge, Henry Lypiatt in Present Laughter and as Lord Goring in An Ideal Husband.

Other national tours and shows include: Pip in Great Expectations, Alan Bratter in Come Blow Your Horn, Touchstone in As You Like It, Oberon in A Midsummer Night’s Dream, Ricard in Rattle of a Simple Man, Oscar Wilde at the Arts Club, Ham in David Copperfield, Tristram Watson in Taking Steps, Benedick in Much Ado About Nothing, William Russell in The Actor, Jeweller and Oliver Cromwell’s Head, Monkey Tonks in Come On Sinderby, Crispin in Bob Carlton’s production of A Chorus of Disapproval and Earthman in Totem for the RSC Stratford. He also performed with the New Zealand comedy impro company ‘On The Spot.’ For BBC Bristol he wrote and appeared in 2 series of the popular food and drink comedy show Chefs Extraordiniare! 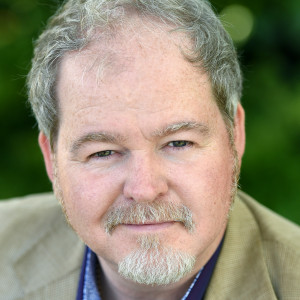