I'm a New York City actor who has over 7 years of experience auditioning and performing on the stage and screen. Over the years, I have helped coach over 30 friends and classmates with their auditions. As a reader, I will help provide feedback and coach you if you request it. I help actors feel comfortable at the get-go and push them to make bold choices so that their audition tape stands out from the rest. Feel free to reach out and request me as your reader!

Shravan is a professional TV/film, commercial, and theatre actor based in New York. He regularly performs improv comedy at UCB and PIT Theaters in New York. He has appeared in four national and two regional commercials, including a spot for the FanDuel sports app, which can be seen primetime on major TV networks. His stage experience includes over 20 professional theatre productions in Washington, DC, Philadelphia, Richmond, and Boston. Shravan also appeared in Season 3 of Marvel's Jessica Jones. 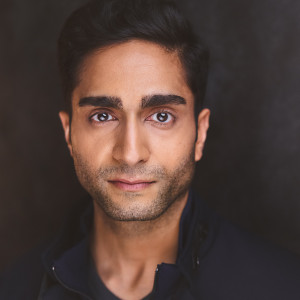 Shravan was wonderful! Jumped right into the scene and even gave me some subtle improv on our "one for fun" take that made the scene feel fresh :) "