Hi there! I'm a bilingual (Spanish, English) SAG-AFTRA member, living in LA, who genuinely loves helping friends out with auditions, that I've finally decided to be more social with it. :)

Here for you and ready to play to get whatever you need out of your audition / rehearsal.

Saraí is a bilingual (Spanish, English) SAG-AFTRA member, living in LA, who was born and raised in San Antonio, Texas.
She studied Musical Theatre on the East Coast, before deciding to focus on acting in Chicago's theatre scene, and steadily growing television market.
Over her years in the Midwest, she is thankful to have worked on set with the Chicago Med and Fire series', as well as to have appeared in Steve McQueen's 2018 film 'Widows'.
Most of her time was spent working with theatre companies such as: Milwaukee Repertory, Steep Theatre, Steppenwolf Theatre, Goodman Theatre, Victory Gardens, Teatro Vista, Silk Road Rising, Chicago Dramatists, First Floor Theater, The Hypocrites, Emerald City Theatre Co., and even a few defunct ones, too.

When she isn't acting - Saraí enjoys traveling, cooking, playing with her Corgi-Aussie mix dog, and nerding out about whiskey. 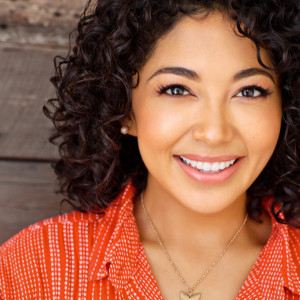