I speak fluent English and Spanish and will gladly read with you in either language.

I'm by no means a coach. I'm just a working actor and I pride myself on searching for the truth in every script. I really enjoy working with other actors and if you want feedback, I'll gladly give it.

About me: I recently starred in Heart of the Holidays on the Hallmark Channel (still airing I believe), just finished shooting the feature Neon Lights with Kim Coates (Tig from Sons of Anarchy), and I'm currently doing voiceover work on Far Cry 6 in Spanish and English.

Nominated for Actor of the Year at the Canada Latin Awards and part of the new brand of leading men in Hollywood, René Escobar Jr. starred in HEART OF THE HOLIDAYS on the Hallmark Channel alongside Vanessa Lengies. He will also be starring opposite Kim Coates in the psychological thriller NEON LIGHTS. Additionally, René's voice will be featured in FAR CRY 6, Ubisoft's most successful video game franchise, starring Giancarlo Esposito as Yara's evil dictator.

René is a Canadian-Panamanian actor born in Ajax, Ontario, Canada. Shortly after birth, René - who was named after his father - moved to Panamá City, Panamá where both of his parents were born and raised. René and his family relocated numerous times resulting in calling Austin, Texas home for a few years and finally settling down in Markham, Ontario in his early teens.

Originally wanting to be a criminal lawyer, René began his acting career after graduating with an HBA in Criminology from York University in Toronto.

René is fluent in Spanish and English, holds both Canadian and Panamanian citizenship, and is profoundly proud of his Panamanian heritage. 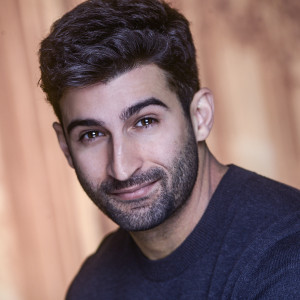