I look forward to working with you as your reader. My reader service offers you a confidential and safe space to help you learn your lines. During our read, I will live the scene right along with you so you can get ready to audition as your authentic self. And, I will only give feedback if you ask. Just here to have fun and do great work!

My most recent credits are for feature film Charm City Kings (HBO) and Messiah (Netflix) which can be both be streamed online.

Also, I'm fluent in Creole patois and French if you need helps with Caribbean accent or French accent.

Feel free to review my Actors Access link below. My training includes LS Acting Studio led by Louis Stancil and The Acting Experience with Dijon Talton.

Créole and native islander hailing from The Commonwealth of Dominica -- the Nature Isle of the Caribbean -- LaDàna is a charismatic and versatile actor, producer, and multi-media host. She attended the University of NC at Greensboro, where she took her first acting class. She has been featured on Empire & Messiah (Netflix). Additional credits include a feature on Charm City Kings; an Overbrook film starring Meek Mill which was released in 2019. 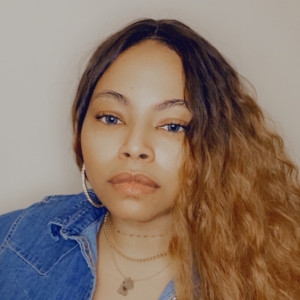