Hey Guys! I've been at the pro acting game for 10 years, working in TV, Film, Theatre, Voice-Over, and Motion-Capture. From Shakespeare to slapstick to soldier battle-chatter, I'd love to help you prep for the next big thing.

I look forward to helping you rehearse for your upcoming auditions, classes, workshops and booked roles!

Katherine brings a palpable vulnerability wrapped in strong exterior. She's also got an old school witty, absurdist, bone dry approach to comedy. Her dialects and language skills are on display in period pieces and international collaborations. And her combat and stunt training bring an authenticity and intensity to...pretty much everything.

Former aerialist for static trapeze & lyra--has fallen on her ass at least 237 times. 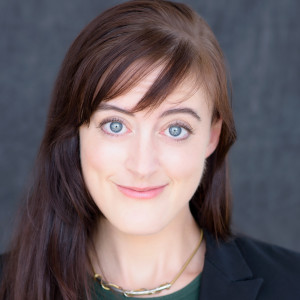 Loved her! Thanks for the quick turnaround!!! "
"

Thanks so much Katherine for being such a wonderful reader to help me run lines! She totally gets comedic timing! "
"

Amazing reader! Katherine offered lots of great notes and adjustments to help me break down a scene before filming. Was very generous with her time! "
"

Katherine was fantastic!! We got this job done short and sweet "
"

Katherine was great! She was able to really give into the scene which was nice! loved working with her! "
"

Katherine is a great reader! Easy to work with "
"

Katherine was the absolute best! She helped break down a scene with me and analyze it in ways I hadn't thought of! She had helpful tips and gave me a lot to think about. So SO helpful! Thank you!! "
"

OMGosh so worth it! She's amazing like fr. Try her out. I've gotten a lot of professional coaching, and Katherine knows her stuff! "