Ready to rehearse her own projects as well as the projects of others.
Able and ready to stay in character, and will stay focused as your reading partner.

Irina Lidia Cordos is an independent Romanian screenwriter from Los Angeles, California. During the 2020 quarantine, she wrote and created a docuseries on trauma in religious organizations. She is currently working on a comedy TV series describing the retail experience in American coffee shops, and has completed a historical fiction screenplay that has attracted the attention of Zero Gravity Productions. When she’s not busying herself with pen and paper, she enjoys a good kayaking session, followed by archery, and lots of old Hollywood films after dark. She also wishes to remind everyone that Romanians are not vampires—in the 700 years she has been around, she has not seen one. 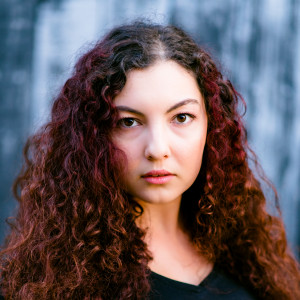