I'd be very happy to read a scene with anybody. I've recently completed an advanced acting course and performed in an online zoom show of Romeo and Juliet, as Paris, Chorus and Apothecary. I've also played Oberon and Theseus in a Dutch school performance of Midsummer Night's Dream and had starring parts in some Brecht/Weil plays (in Dutch). I've performed to small and large audiences as a conjurer and musician. I am a qualified Steiner-Waldorf teacher. I devised my own 1-hour show a couple of years ago which was performed to an audience of about 30 with very positive feedback. I am a retired academic with 25+ years of teaching, research and staff development experience. I can read in English or Dutch (and basic German). I have reasonable US, RP English, Irish, Dutch accent skills. I'm in the UK. Do get in touch, very glad to help out.

I am a retired academic, revisiting an old passion, in addition to music and art and I have been learning a lot about it recently and recording myself doing various monologues. As a teenager I was active in my school's drama performances and starred in Der Ja Sager (Brecht), played Theseus and Oberon in A Midsummer Night's Dream and was murdered as one of Medea's children. I am fluent in English and Dutch and OK with American and Irish accents. 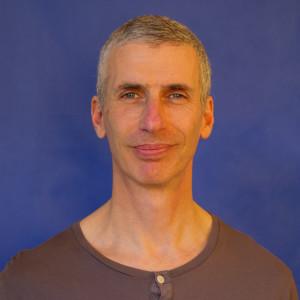 Great notes! I was so nervous because of having no time to film my audition and Iddo helped me make some strong choices! Thank you Iddo! "
"

Great with tempo and tone. Asks smart questions about the script. "
"

What a brilliant MAN!!! Thank you so much! Iddo asks all the right questions and was super helpful. 100% Recommend him. "
"

Iddo is a great reader and a kind human. I didn't have a lot of information to give him about the sides, but he was a good sport and worked through it with me. I will book again for sure! "
"

Thank you so much, you were so patient & helpful "
"

Thank you Iddo! You rock! I appreciate all of your help and feedback! "
"

Iddo was great,helped me with memorizing my lines and was very patient, THANK YOU! "
"

Amazing calm and collected and really helped with the technical aspect of uploading the script highly recommend! "
"

Amazing energy and a great reader "
"

Iddo was fantastic! Not only did he provide truthful feedback that strengthened my self-tape but he was incredibly patient and insightful. He helped me with using this platform for the 1st time! All the best my friend! Stay safe and keep working! "
"

Excellent to read with and to discuss the material. "
"