Hilliard Joshua Meeks was born and raised in San Jose, California, the heart of Silicon Valley. When entering adulthood, Hilliard chose to attend San Jose State Universities’ Radio, Television and Film Program (RTVF). While attending, and one semester away to graduation, Hilliard felt the call to join the United States Marine Corps Reserve. From the time he joined the Marines, Hilliard started to travel. He
spent the next 10 years in Hawaii, and attended UH Manoa’s ACM program finishing the degree plan. Healso deployed to Iraq with 4th Force Reconnaissance.
During his tenure in Hawaii, Hilliard switched military branches to the Army Reserve, serving the famous100th Bn 442nd INF HHC. This move ended up being a blessing as he also landed a role in the movie Go For Broke: The 442nd Origin Story. Hilliard’s next film was a supporting role in the Netflix action movieTriple Frontier. After moving from Hawaii to Southern California, Hilliard landed a guest starring role on Pureflix’s Encounter Season 2 Finale. He continues his acting training at The Rehearsal Room in San Diego under well known and renowned actor Carey Scott (Making The Grade). Keeping the ball rolling, Hilliard is enjoying life in Murrieta, California, where he is currently writing, acting, and directing projects with friends in LA and San Diego. Having completed the short film Breathe, Slow, Steady, Squeeze and the Proof of concept Cyclone Country with his good friends and colleagues(Mark De Leon, Alan Vazquez, Travis Land, and Louise Latham), he is excited to pour out more insightful and thought provoking short film projects to complete 2020 (two to be exact), with aspirations of feature film projects coming for 2022.

Hilliard Joshua Meeks is an actor based in Los Angeles, California. He has had roles in the indie feature Go For Broke, and Netflix’s Triple Frontier. Hilliard recently Co-starred in the television show Encounter on Pureflix, and currently has the short film Breathe Slow Steady Squeeze which he wrote, and directed in post production. Hilliard is currently studying at The Rehearsal Room with Carey Scott, and has attended Warner Laughlin Studios Acting Intensives.

Branding: Hilliard comes across as a fatherly type. Authoritative, yet loveable. Military, Police, Manager, and Doctor roles are also a perfect fit. 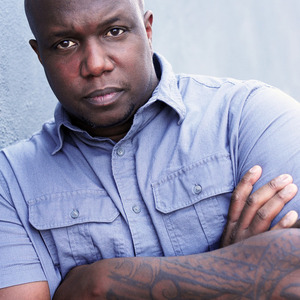